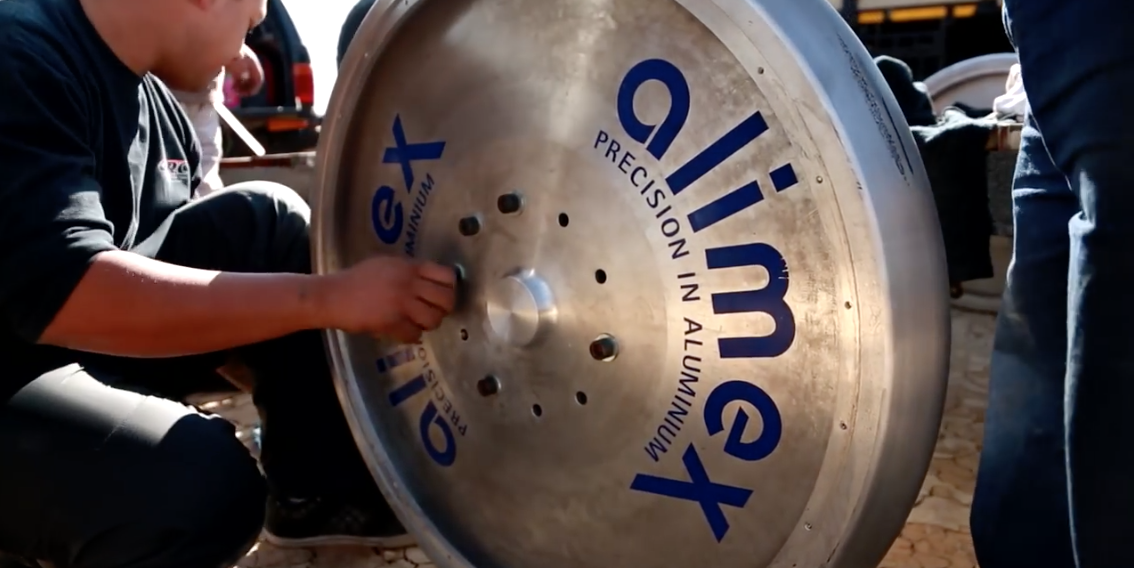 The BLOODHOUND Project is a global engineering adventure attempting a 1,000 mph World Land Speed record. As a Global Company we have supported the Bloodhound project from the outset. When the demand came up on testing the optimal profile of the SSC’s wheels at “Hakskeen Pan”, which is a very large desert in South Africa that has never been used for land speed record running attempts before, alimex supplied the material and manufactured these prototype wheels totally in-house in a revolutionary design. But how would the unique wheel profile behave on this desert?

The only way to find out was to take the wheels to the desert, load them up, and tow them across the desert. The idea was simple. The team would make a trailer, fix the Bloodhound wheels to it, and load it up so that each wheel carried a representative weight of nearly two tons. That would at least give the engineers the low speed characteristics.

The high speed characteristics would need to be investigated at some other time once the final wheel material has been chosen. While these wheels themselves had been manufactured from a different grade of alloy from the real desert record attempt wheels, the prototype wheels are made out of alimex ACP 5080 material and have the correct profile. So rather than demonstrating the real operational use at 1000 mph, the prototype Bloodhound wheels would and did give the team a very good indication of their effect on the desert floor.